Get Rich Quick (or how I bought some Dogecoin) 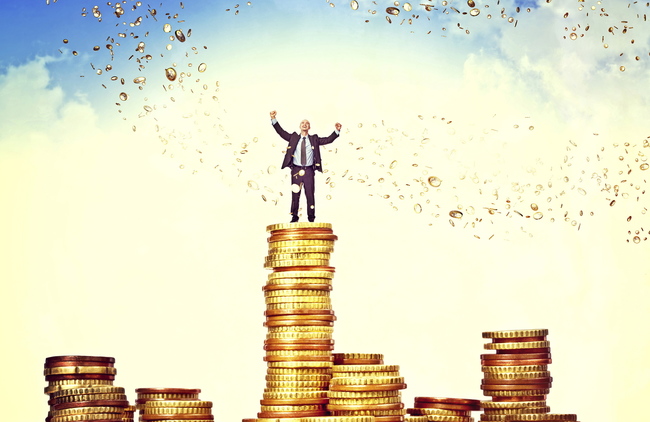 Starting a few weeks ago Dogecoin has shown up a lot in the news. They raised some $30k to send the Jamaican bobsled team to the Olympics. They managed to not take a hit like many other virtual currencies when China baulked at Bitcoin. But what really got my attention was how much people seemed to love Dogecoin. It’s quirky, it’s non-threatening (since it started from some bizarre meme that I don’t get at all), and it has some moral grounding as aspirations to be the internet’s tipping and donation currency.

Ultimately, there is something reassuring about a currency that people just love. It seems to suggest to me that it has the potential to be more resilient. After all, we buy emotionally, even if it’s currencies.

So I decided to get in on this gravy train. Here is the path I took.

A quick google search brought me to a bunch of ‘faucet’ sites, that just give you a doge coin or two for clicking. So I got a wallet on [dogevault](dogevault.com), and started clicking. After about 15 minutes I had about 5 Dogecoins (almost $0.01 !!). I wasn’t getting rich quick, but I was learning a bit about the world.

Next Up - Mine Coin’s Directly!

I decided to jump right in and use my computer to mine some Doge myself. I downloaded Cudaminder since I have a GeForce graphics card. If you have an AMD card my understanding is you should go with CGMiner.

So I signed up on [DogePool](www.dogepool.net) and set up a worker, then optimized a few settings, and let it go for a night. I stupidly let my computer go to sleep, so I only got a few hours in, and I ended up with 50 Dogecoin. That’s right… almost a dime! That’s easily a buck a day if I mined all the time.

So I’m getting nowhere fast, and I’m not going to drop $1k to build a real miner.

Finally - Throw Some Cash Around!

I decided to buy about $10 bucks worth. I’m certainly not going to miss $10, but if I double it, hey, ain’t that something! And it’s fun to have dogecoin to tip with.

Here is how I did it:

Step 1: Buy Bitcoin
As far as I could find, the only way to buy Dogecoin, was to trade for Bitcoin, so I got me some Bitcoin. I signed up at Coinbase and bought $10 worth of Bitcoin. I didn’t feel like adding my credit card so it took about a week to get the transfer.

Next step, move it over to Cryptsy, where I traded it into the coveted Doge. Bit of a pain, moving the money so much, because all these little sites take a little bit each time. Not a lot, like .2%, but it’s annoying.

Once I made the trade I moved the whole pie back to my wallet on DogeVault and sat back to marvel at my kingdom of Doge, all 7,449 of them, which is right now worth about $9.86. That’s a sweet sweet profit of -$0.14, and it only took me a few hours of work!!

Your Early Stage Startup Should Not Suck at Sales

The purpose of this article is to get the wheels turning for start-ups. Hopefully it will at least get you and your team to begin considering what you can do to become more effective communicators. We have found strong selling and... Continue →